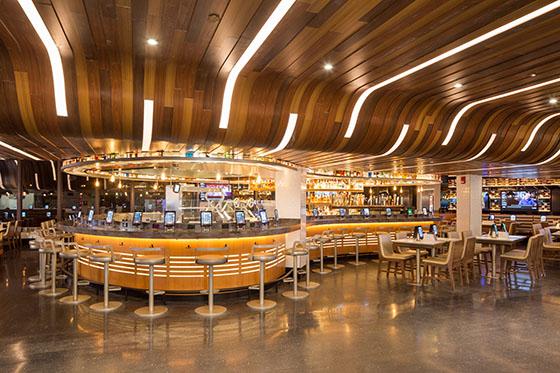 E.P. Guidi is proud to announce the company has been honored with GBCA's 2018 Construction Excellence Award for Best Hospitality Project for Philadelphia International Airport - Terminal B: Restaurants and Retail.  This award acknowledges the accomplishments of the entire project team, including Project Owner, OTG Management; Project Architect, Daroff Design; and Project Engineer, Rosini Engineering.

The 60,000 square foot Terminal B Restaurant and Retail project at the Philadelphia International Airport is a major overhaul of hospitality venues offered for travelers, as well as a reimagined experience for passengers waiting to board their aircraft.  Phase I of the project saw the construction of three signature, internationally-themed food venues helmed by local area chefs, as well as some smaller venues and accompanying retail.

Phase 2 of the Terminal B project continued to showcase local chefs, with the following restaurant venues, as well as smaller venues and accompanying retail:

Additionally, both phases saw the updating of gate hold areas, which now feature signature lighting and seating, as well as iPads to be used for checking on flight status, ordering food or just passing time while waiting.